Carmichael and the Editor of Punch’s Gaelic Lesson

Alexander Carmichael, addressing the Rev. Alexander Stewart, opened his long epistle, after congratulating his friend on receiving his honorary doctorate and on his literary achievements, with a short, but rather amusing, anecdote about a man to whom he became an unlikely Gaelic tutor. The man in question was  the editor of the well-known, but now sadly defunct, satirical magazine Punch. It would be quite something if the sketch of the two sleepyheads engaged - or rather not as the case might be - in Gaelic conversation could ever be found (as it may well survive among either of their family papers) as this reflects a more personable and lighter side of Carmichael’s occasionally stern character: 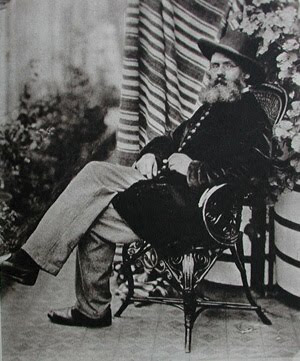 “Rev. and Dear Dr Stewart,–If my silence would indicate indifference to the honour conferred upon you by your University, let me assure you that I do not feel indifferent. If with unpardonable delay, let me at least with warmest cordiality congratulate you on your doctorate, and wish you long life with increased fame and honours.

“In no other Presbytery in the Highlands are there two clergymen who have at all accomplished the literary work which you and your learned neighbour, Dr Clerk, Kilmallie, have accomplished; each work different in kind certainly, but each excellent in its way.
“I believe I had the pleasure of introducing to one another yourself and Mr Tom Taylor, the scholarly editor of Punch, as warm and generous-hearted a friend as ever man possessed, and whom death shortly thereafter was to me and mine a very sincere sorrow.
“During the visit to us Mr Taylor read Dr Clerk’s ‘Introduction’ to the Bute edition of the Poems of Ossian, kindly sent to me by the noble Marquis. Mr Taylor said that the ‘Introduction’ was scholarly and judicial, and the translation evidently the work of a scholar. I was pleased to hear this from Mr Taylor himself the ablest Latin scholar of his day at Glasgow University, and a man of European reputation as an art and literary critic.
“During his short stay with us, Mr Taylor constituted me what he was pleased to term his Gaelic tutor. He and I read Gaelic together from the Bute edition of Ossian’s poems; and during out last evening together we sat down after dinner to read Gaelic as usual. But whether it was in consequence of rambling over moor and moss and mountain in the earlier part of the day; or of dinner; or of Ossian, or of all these combined, I know not, but certain it is that both pupil and teacher fell fast asleep, head to head, and shoulder to shoulder, on our chairs. A lady artist who caught us thus, made a clever sketch of the two of us fast asleep, and cruelly called her picture ‘The Gaelic Lesson!’
“Early on the following morning Mr Taylor and I parted with warm mutual regrets, never to meet again; for though then in excellent health, he died soon after going home, to my great grief. ‘The Gaelic Lesson,’ a small water colour sketch, and the gift of the accomplished artist to me, I need hardly say, very fondly prized by the widow of the dead, and the wife of the living originals.
The Mr. Taylor referred to by Carmichael was none other than Tom Taylor (1817–1880), dramatist and editor of Punch. He was born at Bishopwearmouth, near Sunderland, in north-east England. After attending school there, and studying for two sessions at the University of Glasgow, he entered Trinity College at Cambridge University in 1837. Taylor began his working life as a journalist. Soon after moving to London, Taylor wrote for the Morning Chronicle and the Daily News. He was on the staff of Punch until 1874, when he succeeded Charles William Shirley Brooks as editor. For two years Taylor was Professor of English Literature at University College, London. He was called to the bar at Middle Temple in November 1846, and went on the Northern Circuit until he became Assistant Secretary of the Board of Health in 1850. On the reconstruction of the Board in 1854 he was made Secretary, and on its abolition his services were transferred to a department of the Home Office, from where he retired on a pension in 1876. He died at Wandsworth, London.
References: