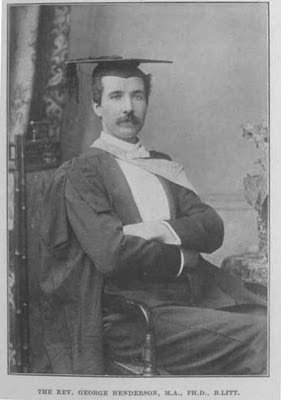 Recently we have unearthed a couple of letters dealing with the Civil List Pension that Alexander Carmichael was eventually rewarded in 1903 but which was backdated to the year before. Given that Carmichael had spent his whole professional working life as an excise man, as had been employed as a civil servant from 1856 until 1897, it would be something of a surprise if he had not been rewarded for his dedication. But Carmichael was certainly not a ‘career’ man and had turned down many opportunties for promotion in the excise in order that he could stay in his beloved Uist. Rather, his passion – if it may be so called – was in collecting oral traditions of various varieties and this is the very thing for which he (and his wife) received recognition and for which he got his just reward of a Civil List Pension to the tune of £50 per annum (or around about £3,000 in today’s money). The man behind the petition (which resulted in a memorandum being drafted) and later sent to 10 Downing Street was none other than Carmichael’s colleague and friend, the Rev. Dr. George Henderson (1866–1912), sometime a lecturer of Celtic at the University of Glasgow until his death. Why the government of the day had dragged its heels for a year remains unclear but its eventual reward would no doubt have been a cause of celebration in the Carmichael household.
Private 10 Downing Street
Whitehall, S.W.
22 March 1902.

Sir
In reply to your letter of the
17th March I am desired by Mr
Balfour to say that the Memorial
which Mr Jolly set him recommended
Mr Carmichael, not for the grant
of a Companionship of the Bath, an
honour the grant of which does not
rest with the First Lord of the Treasury,
but for a Civil List pension, and
that he will be happy to note
your testimony respecting Mr Car-
michael’s merits as a collector of
Celtic Folk-lore. I am, Sir,
Your obedient Servant
F.S. Parry


Almost a year later the Rev. Dr. George Henderson, while staying at Eddrachilles Manse in Sutherland, received the news that he had probably been hoping for in the intervening months:


Dear Sir
With reference to my
letter of the 15th Nov. last,
I am now desired by Mr.
Balfour to say that it
has given him great
satisfaction to be able
to recommnded to the King
that a Civil List Pension
at the rate of £50 pa.
should be awarded to
Mr. Alexander Carmichael
& his wife, for their
joint heirs & for the
life of the survivor,
and that His Majesty
has approved this recom-
-mendation.
The pension will date
from 1st April last.

I am,
Dear Sir,
Very truly yours.
M G Ramsay