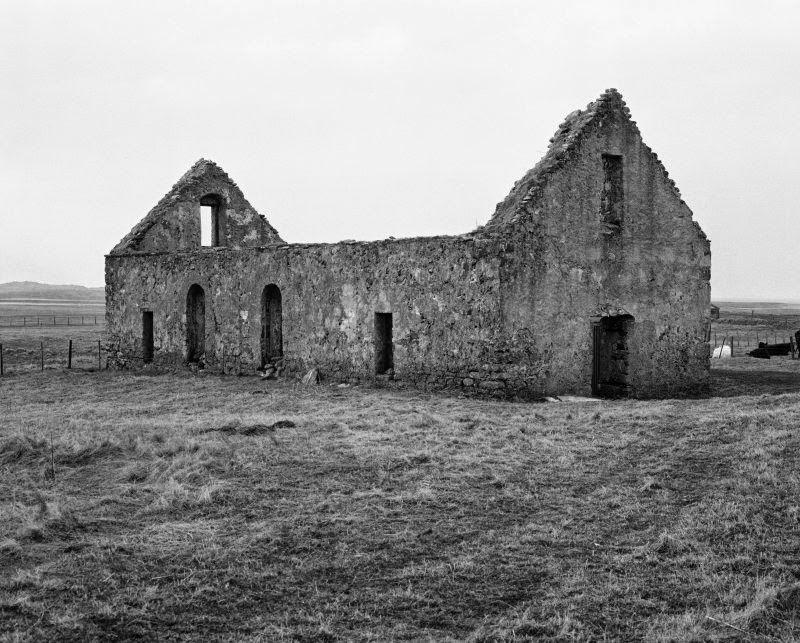 The Inverness Advertiser was founded in June 1849 as a weekly newspaper representing crofter and Free Church interests, a radical alternative to the long-established, and establishment supporting, Inverness Courier. In its first few months, the Advertiser needed a cause to champion. The violent evictions carried out by Sheriff-Substitute and his officers, accompanied by police from Inverness, on behalf of the Macdonald estates against the people of Sollas in North Uist had made newspaper headlines throughout Britain, and the Advertiser reported them in detail. Towards the end of August the editor despatched as a special reporter the controversial and volatile Anglo-Irish campaigning writer Thomas Mulock (1789–1869), shortly to become its editor, in order to interview the people of Sollas and, in a series of letters, to communicate their grievances to the wider world.

The Advertiser also had a local correspondent on North Uist, who not only wrote about the Sollas evictions, but compiled for the 6 November issue a wonderfully mordant account of the chaotic end to the celebrations arranged by the local gentry at a ball held in Macaulay’s Inn, Taigh a’ Ghearraidh, to mark the birth of Somerled (1849–74), the new heir to the Macdonald estate: ‘Not a few telling blows were exchanged to the effusion of blood…’ We might print it in a future blog.

It is tempting to identify the Advertiser’s correspondent as the local Free Church minister, the Rev. Norman MacLeod (1801–81). Having been ‘[d]riven from post to pillar’ [CW133A fo.86] after leaving the Established Church at the Disruption of 1843, he was living at Cille Pheadair, by then incorporated into Baile an Lòin between Taigh a’ Ghearraidh and Griminis. This tack was farmed by his father-in-law, Dr Alexander MacLeod (1788–1854), well-known in Uist tradition as the land improver an Dotair Bàn. At Cille Pheadair the Rev. MacLeod ‘built a pretty house there with bow windows in the roof.’ In his manuscript history of North Uist, the Rev. Angus MacDonald of Killearnan (1860–1932) voices, as so often, a rather sardonic opinion:

The poor man struggled on all his life amid many difficulties which he seemed never to overcome. Always in financial straits he suffered great privations.

Mr Norman was not a popular preacher, not possessing the gift, much valued in his time, of declamation. He could never get up steam. He was, what the folks often called him, ‘sgagach’ [cracked, split]. [CW133B fos.183v, 183v–184]

It is probable that it was the Rev. Norman MacLeod who composed the account of the seal-hunting expedition that appeared in the Inverness Advertiser of 18 December.

The North Uist seal hunt was not simply a colourful local peculiarity. Note how precisely the shares of the hunt were allotted: we’ll return to this point later on this week. North Uist estate accounts testify to how significant seal oil was to the local economy on the west of the island, a lucrative commodity sold far and wide not only for lamps but as a valuable medicine and embrocation for man and beast. According to the report in the Inverness Advertiser, the seal hunt of 1849 was a difficult one: much later in the year than usual, and attended by little success. Bad weather was clearly a factor in delaying the expedition, although the upheavals earlier in the year in Sollas might also have hindered its taking place. But one wonders also if a lack of tenantry assisting with the hunt might have been the cause of so many seals ‘effecting their escape’. Was it the case that disaffected tenants were unwilling to lend a hand?

The tacksman of Griminis at the time, the man who would have got the lion’s share of the profit from the seal hunt, was none other than the Established Church of Scotland minister of North Uist, the Rev. Finlay MacRae (1792–1858), originally from Lochcarron. In 1829 MacRae had acquired the recently cleared tack of Griminis to go with the island of Bhàlaigh, given him in lieu of a glebe. Six years before the expedition described above, at the time of the Disruption of 1843, much of MacRae's congregation outwith the immediate environs of his church at Cille Mhuire near Baile Raghnaill had deserted him, much to his chagrin, for the breakaway Free Church.

The Rev. Angus MacDonald had little good to say about the Rev. Finlay MacRae:

As a matter of fact Mr Finlay devoted most of his time to his farm and secular duties generally, neglecting as he was bound to do his duties as a minister. He by no means lacked ability, and his preaching when he chose to exert himself was above par, but he was vain glorious and would fain be the big man of the parish in all secular matters. He became more and more worldly and drank whisky to excess. All men considered him very imperfectly sanctified. In the day of the Church’s trial this was not the kind of man to represent her, or defend her, and accordingly Mr Norman Macleod who was by no means too aggressive had it all his own way. [CW133B fos.176r–v]

The standing of the Rev. Finlay MacRae in the island did not flourish during the time of the Sollas evictions. A report in the Inverness Advertiser of 21 August 1849 states that as soon as the minister heard that the sheriff-officers and police were on their way to eject the tenants, he made a panicky midnight ride to the villages concerned, roused the people from their sleep, and forcefully demanded that they remain peaceful. If they resisted, they would be carried by the police, ‘bound in fetters, to the jail of Inverness’. The correspondent continues: ‘[h]is conduct on the succeeding days was flippant and officious in the extreme.’ An island song composed after the Sollas evictions suggests how Maighstir Fionnlagh’s reputation was by now bound up with the estate authorities:

The ‘Red-haired Trustee’ is James MacDonald of Balranald (d. 1855), Seumas Ruadh, the Factor of North Uist; ‘Cooper’ is Patrick Cooper, Commissioner to the Macdonald Estates.

The Rev. Finlay MacRae was best known for giving rise to the phrase ‘searmon beag na tràghad’, ‘the little sermon of the beach’, referring to the short sermons he would dash off before his congregation when he was in a hurry to return home to the island of Bhàlaigh before the tide covered the ford. The Rev. MacRae’s reputation is no better respected in the community memory of North Uist as recorded from John MacIsaac, Iain an Rubha, Taigh a’ Ghearraidh; Angus MacKenzie (1897–1984), Aonghas mac Anndra, Hogha Gearraidh (twice), and William Boyd (1912–66), Uilleam a’ Bhoidich, Sollas. See also a note by Alexander Carmichael in CW116/104 fo.32v.

In passing, the mention of ‘Britannia bridges’ alludes to Robert Stephenson’s extraordinary tubular wrought-iron railway bridge then being built over the Menai Strait: the Inverness Advertiser of the previous week, 11 Dec 1849, had carried a brief report detailing ‘the successful floating of the second great tube of the Britannia Bridge’. ‘Mr Macdonald of Scalpeg’ who headed the party is John MacDonald of Scolpaig, later of Newton (1824–88), the popular factor of North Uist from 1855 until his death, who would be the best friend of Alexander Carmichael and his family during the years they spent in the islands.