As indicated in a previous blog, Alexander Carmichael contributed another long article to The Highlander – it seems that he was unfamiliar with brevity – about Cumha Mhic an Tòisich, or Mackintosh's Lament. His first article drew a reply from ‘A. M. S.’, or Alexander MacLean Sinclair (1840–1923), a near contemporary who hailed from Glenbard, Nova Scotia. His reply will no doubt be the subject of a subsequent blog. Sinclair published a great deal during his lifetime, works (mainly compilations of Gaelic song and poetry) such as Clàrsach na Coille (1881) and the Glenbard Collection (1890). Letters from his pen also appeared frequently in Gaelic-related newspapers and journals produced in Nova Scotia as well as those in Scotland. It is perhaps no coincidence that Sinclair was also accused of tinkering with his source material, but such accusations may be forgiven, for he, like Carmichael, brought to light much Gaelic and Highland-related material that otherwise would have been lost. It may also be added that Carmichael also furnishes a translation of Cumha Mhic an Tòisich although he admits that it was far from being perfect. 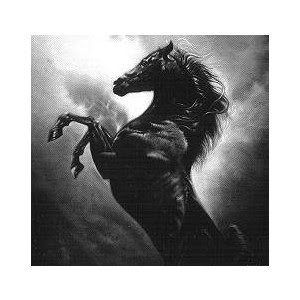 The death of the late young Mackintosh drew from the rich repository of Celtic lore at Creagory a lament for a previous young chief, which was hardly at the time to be in existence, and which perhaps no one but Mr Carmichael himself could furnish in M.S. We were desirous of having a good English version of this lament for the sake of the young widow who has such sad cause to enter into the spirit of it. There is something curious in the fact that the English version which we now have now from Mr Carmichael comes just as the birth of a daughter mingles the joys of maternity with the sorrow that the inheritance of her husband shall not pass to her offspring. Mr Carmichael writes:–

I beg to apologise to your courteous correspondent, ‘A. M. S.’ for delaying to reply to his communication in The Highlander of 27th May.
I regret my inability, at present, to enter into the interesting questions raised by “A. M. S.” though I trust to be able to do so, at some future time. I may, however, state that I entirely agree with him, that there may be music wholly independent of the words, and that much of our best Highland music has been so composed.
Nevertheless, the instances are few, I think, in which there are no words to our Gaelic airs, even to our most complicated laments and pibrochs.

Whether the music may not have been originally composed without the words, and the words subsequently added, as suggested by him, is another question, and one upon which, in the meantime, I am unable to enter. For the present, I must content myself, with giving an English translation of Mackintosh’s Lament, as desired by A. M. S.
The translation is literal–probably too much to be effective. It is very unsatisfactory, and conveys to the reader, and imperfect idea of the beauty and pathos of the original. I invariably find, however, that it is easier to be dissatisfied with a thing than to improve upon it. As will be seen, no attempt is made at rhyme, though I should much like to see the beautiful Gaelic lament adequately rendered into English.

’Tis I am the woman of sorrow,
Wearing the kertch,
Since all men have heard,
That on its crown is the favour.

A maid stricken in sorrow am I
Whom no one again will recognise,
Since this time last year,
The day the ring was placed on me.

’Tis I that am sore in anguish,
Oft the tear drops from mine eyes,
Sorrowing over the splendid youth,
The gallant rider of fiery steed.

The wine meant for thy marriage
Was spent at thy funeral;
How wept I
Betimes the gallons were being drained!

I shall not go to a wedding,
Neither to feast nor to fair;
’Twas in the early springtime
I received the sorrow that pierced me.

Stricken in grief am I,
Since in the earth they laid thee;
Carry my blessing with my heart’s fond wishes,
To the high tower of stones.

My darling on thee my lover,
Thou beauteous sapling of the clustering locks,
More fragnant than the cinnamon,
To me, is the breath of thy mouth.

Gracefully would’st thou dance
To the strains of the music;
Nor woulds’t thou bend the grass-blade,
Beneath the point of thy high shoe.

My fond love on thy sister,
The young maiden of the yellow hair;
Well beseems thee a ruddy cheek,
Coming from travelling the Brae.

The hunter of the deer thou,
And the salmon on the cascade,
The black-cock on the pointed bough,
And the white bird (swam?) woulds’t thou kill.


The following variations with and additional verse of the poem were written on the 10th of February, last, from Christina Macdonald (?) “Cairistina Bheag”–a cottar woman at Borve, Barra. They were prefaced by an interesting introduction, part of which I quote for the sake of the vivid glance with which it illustrates the warm relationship existing in the olden times between a Highland chief and his clansmen–a relationship which to their honour be it said the descendants of the chief to whom the poem was composed still nobly perpetuate.

The Mackintosh had a foster-father (oide) of whom he sought counsel every morning. Upon a certain day the Mackintosh said to his foster-father–“What counsel to-day foster-father?” “That thou, the essence of my heart and of my reason, (a shugh mo chridhe ’s mo cheille) shalt yet find thy death from that proud prancing steed which thou now ridest under thee. “Hush! thou unsanctified carl (a bhodaich gun bheannachadh) in that thou art belied at the rate,” and pointing his pistol at the horses he shot him dead.
In substance, the rest of the introduction fairly agrees with that given in The Highlander of the 5th February last.


A maiden of great grief am I;
Recognised never again shall I be;
I dwell in desolation
Since the ring was put on me.

A woman am I of loneliness,
Since they early time of the year;
Yet would I note accept the seeking
The son of an earl, nor yet that of a noble.


I have time simply to say that I trust “A. M. S.” may yet be able to reconcile this beautiful Gaelic poem, and its tradition with recorded history. Eon variously written, Ewen, Evan, and Hugh, and not John, is the name mentioned in the lament.
Apologising for the length of this paper.
ALEX. A. CARMICHAEL
Creagorry, Outer Hebrides,
21st June 1876.