Donald Lamont: his Life and Work 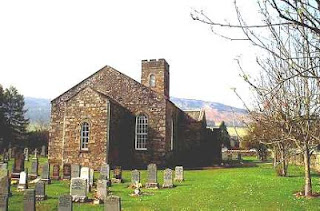 Thousands of pages of undiscovered Gaelic prose – unread for many years, but now brought to light by the National Library of Scotland. The volumes in question are the Gaelic Supplement to the Church of Scotland magazine Life and Work, and they come from the collection of the Rev. Donald Lamont (1874–1958), who edited the Supplement between 1907 and his retiral in 1950. As Lamont states in the handwritten introduction to the first volume, any unsigned contribution was composed by himself.

Donald Lamont was a native of the island of Tiree. Like many able young Highlanders at the time, he was educated at Rainings School, Inverness, before going to the University of Edinburgh. Ordained minister in Glen Urquhart in 1902, he transferred to Blair Atholl in 1908, the parish where he remained, with the exception of a spell as a forces chaplain in World War I (he served at Gallipoli in 1915–16), until he retired from the pulpit in 1946. The Prose Writings of Donald Lamont, full of pithy, lively writings by a master of the Gaelic essay, was published as a volume for the Scottish Gaelic Text Society in 1960. His fellow Tirisdeach Professor Donald Meek sums up Lamont’s work as follows:

Under Lamont’s ceaselessly provocative pen, the Gaelic Supplement became the main vehicle for thematic and stylistic experimentation in Gaelic; it carried sermons, essays and short stories. Lamont had a particularly lively imagination, and was not afraid to create ‘factional’ characters and scenarios, and to use these to carry the message he wanted to communicate. He was obviously aware, to a remarkable degree, of the opportunity he had, as a clerical writer, to contribute constructively to the well-being of the Gaelic language. His concept of a Gaelic Supplement was not one that ran in the rails of ecclesiastical convention, restricted by doctrinal rigidity and enslavement to purely homiletic styles.