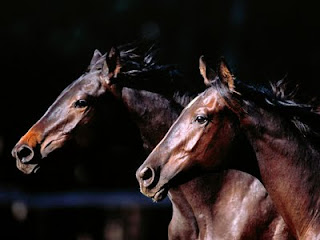 Alexander Carmichael in a letter of 1898 to his friend Fr Allan McDonald (of Eriskay) once wrote with regard to Michaelmas: ‘The more I think of the Festival of Michael the more convinced I am that there was no festival in the wide world like it. A variety of interests combined to render it great.’ Certainly, there was a great deal of festivities (in particular horse-racing) going on around 29 September, particularly in the Southern Outer Hebrides, when it came to celebrate Michaelmas. By the time Carmichael came to write about Michaelmas it had all but died out but his older informants and those from whom Fr Allan received information would have remembered a great deal of this old custom. An excerpt from his letter to Carmichael, Fr Allan relates that: ‘The religious functions most commonly assigned by the people here to St Michael are his meeting of the souls of the elect at the moment of death, and his presiding at the balance where the soul’s good and bad works are weighed.’ This reflects the esteem and importance of the Archangel Michael in Hebridean tradition and doubtless elsewhere.
Elsewhere, John Ewen (Iain Eòghann) MacRury of Torlum, Benbecula, notes down some of the customs that were once commonly held at this particular time of the year:
(In general) was observed
all over the country.
Every wife in the family
way had to go round
local burying ground or
some other burying place
agreed upon previously
Believing that the sanc-
timonious odour of the
graves was sufficient
to prevent premature
birth. In like manner
every mare expected
to be in foal went rou-
nd it also ‘A dol deas
al a chlaidh’ Going right
round it or following the
sun. There was no bridle
in the mouth of the animal
“Aodhstar” was the head
gear Cock-fi[gh]ting was
also to the fore. Every
defeated cock went to
the schoolmaster gratus [sic]
The winners were taken
back by their respective
masters, with a share
of the spoil. After all
the performances were
over the balls were held
one in each township and
many a ball terminated very
suddenly, by a severe fight.