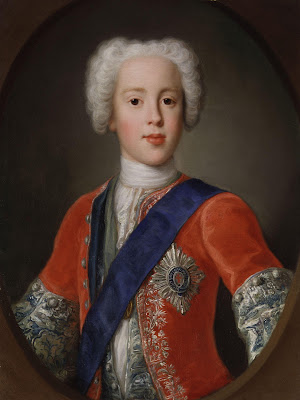 From whom Alexander Carmichael collected these two short anecdotes about Bonnie Prince Charlie was not noted down by him at the time. They both refer to when the Prince was a fugitive on the lam in South Uist. It would seem likely, then, that ’s source was a Uist tradition bearer. Here, more than many other parts of the Highlands and , was a safe haven for the Prince and his comrades: the island was thoroughly Jacobite, mainly Roman Catholic, and fairly isolated. The greatest risk was taking a boat to the island because it was then that he would have been most exposed and liable to be undone. Nonetheless, this was not the first time that the Prince had to reply upon the loyalty and expertise of Hebridean mariners and so he managed to escape unscathed journeying to and fro from the . The first of these anecdotes reflects the loyalty and affection shown to the Prince by the South Uist people. As the man in question – Eachann mac Mhurchaidh ’icilleMhoire, who may have been a Morrison, belonging to Drimisdale – managed to steer the search party in the opposite direction from where the Prince was hiding. The second anecdote, involving Flora MacDonald, is rather amusing but reflects the concern showed by his Highland heroine to make sure that he looked the part when he was, presumably, dressed as Betty Burke.

The Prince drank the milk of her
black sheep from a girl milking sheep
Brai[gh] Bhornish. The P[rince] was com[in]g
from Bornish. Mary Nighean
mhic neill
A man met party of red sold[iers]
in search of Prince. They asked him
abo[u]t the P[rince]. He said had just parted
with him. Take us to him & we will give
a reward. I will. He took them in con[trary]
dir[ection] for they were near P[rince] not ¼ mile
& took them up Driomor & all fell
away but one when near farthest
part mount[ain] this other asked bheil
sinn fad uai[th] nis. Sin fad an
d fhag mis a mhic na bitse & he
struck him in the ear & felled him
& left him there! & took himself off
Eachan mac Mhurchai[dh]
ic Ille Mhoire. Dreumsdale.


Flora struck P[rince] with towel because
he did not wash milk boyns
right when soild[er]s pass[in]g. This
was sorest blow he ever got he said.