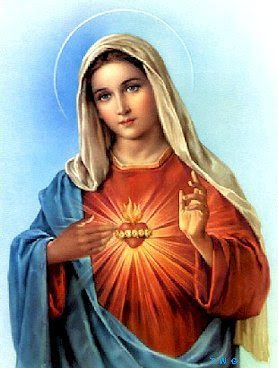 Learned journals such as The Celtic Magazine (1876–88), edited during these years by Alexander MacKenzie, attracted correspondence not only from throughout Scotland but also from the descendants of those who had immigrated to various parts of the world. Typical topics for many were those related to genealogy and the derivation of surnames. Given that Alexander Carmichael had at times a hectic work load as well as a fairly busy home-life, it is amazing that he found enough time to write answers to such questions below, but also that he managed to gather in such a vast amount of oral material as well as keeping up correspondence with many friends and colleagues.
GILMORE.―We have submitted the Query by Mr William Fraser, Elgin, Illinois, U.S.A., about this name to Mr Alexander A. Carmichael, North Uist, one of our best living authorities on such subjects, who kindly sent us the following answer: “I am no genealogist, but I have no doubt of the name Gilmore being Highland. As you are probably aware, a large proportion of our Highland names are of Christian or ecclesiastical origin. This, I doubt not, is one of them. The name seems variously spelled Gilmore, Gilmoire, Gilmour, and Gilmorie. We have the baptismal name of Gilmoire, properly Gillemoire, the servant of the Virgin. This again becomes the surname MacGilmhoire, and, more correctly, MacGillemhoire, ‘the Son of the Servant of the Virgin’ (Mary). This name has: now become Morrison, the son of Moire―literally ‘Son of the Virgin.’ I take it that Gilmore, Gilmour, and all the other abbreviations of the name are from Gille-Moire, ‘the Servant of the Virgin Mary,’ equivalent to the English name St Mary. Gillean, as you are aware, is an abbreviation of Gille-Sheathain, ‘the Servant of John,’ and the same as the English St John, a name dear to every Northern naturalist. MacGillean, as abbreviated from Gille-Sheathain, has now become Maclean.”
The most famous Morrisons in the Highlands and Islands are probably those belonging to the Isle of Lewis. Carmichael wrote the following about them: ‘In some districts the chiefs appointed judges to act for them. These were called ‘breitheamh,’ Anglicised ‘brehon.’ The office was as a rule hereditary. The best known of these ‘brehons’ were the Morrisons of the Western Isles, generally called ‘Na breithimh Leodhasach,’ the Lewis brehons, who are still spoken of with admiration…’ The surname Morrison in Gaelic is usually given now as Moireasdan which ultimately derives from MacGilleMhoire (sometimes MacGilleMhuire) but from the Reformation onwards the more secular-sounding Morrison was adopted by some in order to avoid the taint of Roman Catholicism.
References:
Carmichael, Alexander A., ‘The Name Gilmore’, The Celtic Magazine, vol. VII, no. LXXVI (1882), p. 196
Carmina Gadelica, ii, p. 253
Image:
The Blessed Virgin Mary
at 14:22