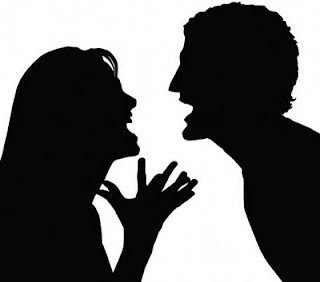 Following on from the previous blog, the rest of the chapter offers not only a translation of the Gaelic song but also some musings about the piece from the pen of the Rev. Alexander Stewart. It may be assumed that the translation was undertaken by the minister who was no mean poet himself. Alexander Carmichael, not the least in the songs or poems that he offered for publication in newspapers and the like, tended to translate in a more literal manner.
It is impossible, perhaps, to give the full aroma of the quiet satire and humour of these verses in an English translation, even the most literal. One must be “to the manner born,” a Celt brought up amongst Celts, familiar with their domestic avocations, as well as with their speech and modes of thought, thoroughly to appreciate all that the poor wife-tormented wight suffered from the thrawn temper and stiff-neckedness of his uncompromising, termagant spouse. In the following jingle, however, the outsider has a tolerably fair rendering of a song that is certainly old and in many respects curious.

“THE THREE BROWN-BACKED BIRDS;” OR THE “WIFE THAT NOTHING COULD PLEASE.”


I.
“Black is white, and white is black,
(A quarrelsome wife is of woes the woe!)
If I assert that the raven is black,
She’ll swear it’s as white as the driven snow!


II.
“My wife she stings like a nettle top,
Crosser in grain than bramble or thorn;
Hotter than seven times heated fire,
With her loud bad tongue I’m shattered and torn.


III.
“If I build her a house on a good dry stance,
“With rafters and roof all tight and trig,
She says, with provoking gesture and sneer.
‘Was there e'er such a hovel—not fit for the pig!


IV.
“Well can I plough, and sow, and reap,
And build a corn-stack without bulge or hump,
But she'll vow and declare, ‘by her blameless life,’
That ‘’tis never a stack, but a shapeless lump!#


V.
“Well can I fish with hook and line,
Fish round and long, fish broad and flat,
When, hark ! from her lips, with her hands on her hips,
‘Such fish to be sure! give it all to the cat!’


VI.
“If I make a milk-cog of good hard wood,
That will stand on its bottom all steady and stieve,
She will swear by her soul, and by all she’s worth,
That the poor cog leaks like a very sieve!


VII.
“As well light a fire on the brown-ribbed sand,
For to dry a rock that is washed by the sea;
As well may you hammer a cold-iron bar,
As to make a bad wife all she ought to be.


VIII.
“Nought to the lake is the mallard's weight;
To the generous steed nought the weight of his rein;
Not worse is the sheep for its coat of wool
Nor can sense give any one trouble or pain.

For very obvious reasons, no kind of poetry is so difficult to translate from one language into another as the comic or humorous and the satiric, and hence it is that literal renderings of such compositions are but rarely attempted, the loosest paraphrase being preferred even in justice to the original itself. The chorus or burden of the foregoing song seems to be only accidentally connected with the accompanying verses, probably, as is often the case, merely as the key-note to the air to which they are to be sung. It is manifestly the chorus of an older composition, probably also of the comic order, which, opportunely ringing in the ears of the hen-pecked bard, as he resolved to give vent to his grievances in song, he laid hold of and pressed for the nonce into his own service.