Taking the Best, Leaving the Rest 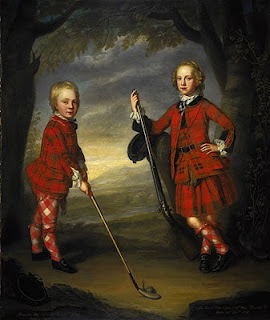 Historical legends were (and still are to some extent) a common enough type of story to met with in the Highlands and Islands. Some tradition bearers were renowned for their ability to specialise in this genre such as Angus MacLellan, or Aonghas mac Iain ’ic Chaluim, from Griminish (Benbecula), from whom many such tales were recorded by Calum Iain Maclean during the 1950s. Indeed, almost a century before John Francis Campbell of Islay remarked upon those storytellers who had a deep knowledge of certain genres which, it may be assumed, is where there interests lay:


...Each branch of popular lore has its own votaries, as branches of literature have amongst the learned; that one man is the peasant historian and tells the battles of the clans; another a walking peerage, who knows the descent of most of the families in Scotland, and all about its neighbours and their origin; and other are romancers, and tell about the giants; other are moralists, and prefer the sagacious prose tales, which have a meaning, and might have a moral; a few know the history of the Feni [sic], and are antiquarians.


In this particular tale, the son of Sir Seumas Ruadh (or Sir James MacDonald of Sleat), who was but only around five years of age at the time of Culloden and who died in 1766, plays a key role. Seumas Òg or James MacDonald of Sleat, acting as a kind of knight errant, sees off the ruthless big bailiff through the intervention of his nursemaid. Having arrived from Trotternish in Skye, the bailiff was to come and collect the best horse from a poor widow but the undaunted Seumas Òg could not let such an injustice be done and took action as he thought fit necessary to deter any further visits from Skye bailiffs.

Sir Seumas Rua[dh] lived in Sollas
and had a caisteal there the ruins of this
were taken down ab[ou]t 80 y[ea]rs ago for fear
the[y] would injure cattle & horses that
used to shelter there. They were higher than
Carinish temple. When taken down
they nearly kill[e]d several. The pillars would
sway to & fro like trees. An anchor was pl[ace]d
at a distance and a cable on the top
tier of the binneag & then taken down.
This was Caisteal Shollais. C[aisteal] Sheum[ais].
Ruai[dh]. Sir Seumas Rua[dh] was mar[ried]
twice. Had a son by the first wife also
Seumas Og. A Maor mor came fr[om]
Trotarnish to take up the Each Ursann.
He went to Baileshear and took the
best was the E[ach]-ursann and taod gao[i]s[id]
fr[om] a poor wid[ow] there He came to
Sollas heated in a warm day. He
stooped to drink out of Tobar
Pheadair and Seumas og saw
him and rush[e]d out with his sw[or]d
Take up y[ou]r bon[ne]t said he and put
it on y[ou]r he[a]d and be off and never
let me see y[ou]r face here again or
Ill cut y[ou]r head into that well
His muim[e] heavy with child came
betw[een] them and S[eumas] Og said I give him
his life not for his own lifeless car
cass but f[o]r your sake but let me
never see his face again. The Maor
mor ran off as hard as he c[ou]ld an[d]
no maor has ever come fr[om] Trot
airnis since to N[orth] Uist. Tobar
Pheadair was closed there after
that and op[ene]d 30 y[ar]ds lower down.