Courting in the Kiln 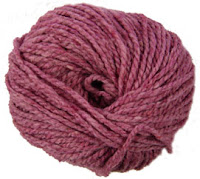 In a fieldwork notebook in which the earliest date of 1871 appears, Alexander Carmichael noted down quite a few items about courting and how young women would go to extreme lengths to find out who their prospective or future husbands might well be. This following story may have been taken down from the recitation of Gilleasbuig Dòmhnallach (Archibald MacDonald), a cobbler from Bailanloch in North Uist on 20th November 1873:
“Co sid shuas air ceann mo ropain” A
girl threw a ball of thread – “ceaisle shnath”
into the soin of the kiln.” Killogie in the
dark. The person who answered to the name
was the man to whom the girl was to be
married.
On one occasion this had a serious effect
A bevy of bright girls were on their way in
the dark to the Kiln to go through this performance
Some young men watched them and got in
to the Kiln before them and one of them into the
Soin-Kilogie. The first girl threw in her
ball of thread and called out Co sid shuas
air ceann an ropain”? Answering a false
voice the young man answered accordingly to the
girls’ wishes. Then another girl as[ke]d the same and
got a satisfactory answer. Then the third girl
threw in her ball and called out “Co sid shuas an
ceann mo ropain”? “I am, the devil, come
to take you away for teaching these goslings my
secrets”! The poor girl got such a fright that
she died from the effects of it soon thereafter.
It was in vain that the young man explained
to her and implored her forgiveness; the mis-
chief was done.


The “Killogie” is a good Scots word meaning the space in front of the fireplace of a kiln. So it seems that a practical joke has gone completely wrong here because of the fatal results. This might well be the moral of the story: to be very wary of playing practical jokes. Or could it be that it was a story told in order to simply warn off any young women who put too much trust in such old-fashioned superstitions? Then, again, perhaps this anecdote is deliberately ambiguous for a good reason: to make the audience think and reflect upon the consequences of their own actions.
Reference:
CW7, fos. 33r-33v