An Tuairisgeul Mòr – An Epic Tale 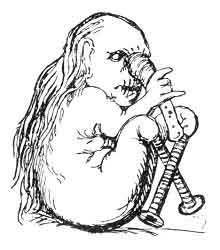 One of the stories that was prized above all by reciters was an epic one known as An Tuairisgeul Mòr, sometimes translated as ‘The Chief Story’. Unsurprisingly, this tale has been much sought after by collectors of Gaelic folklore and has been recorded and published on numerous occasions. In a marginal note, dated 11 November 1883, by John Francis Campbell in his copy of The Scottish Celtic Review he writes: ‘This story is considered to be one of the first class by story tellers all over the far west. This version is rather shortened [Gregorson Campbell’s Tiree version] and made reasonable by my friend the Minister but so far as it goes it is good and genuine.’ John Francis Campbell was in a position to know for the had printed versions of this tale in his Popular Tales of the West Highlands some two decades previously.
Here, John Ewen (Iain Eòghann) MacRury, from Torlum, Benbecula, provides a social context (and perhaps even a rather romanticised one) for the telling of this particular tale. The man name-checked as being ‘a famous old piper’ was Donald MacDougall, styled Dòmhnall Bàn Dùghallach (c. 1813–1893), a joiner by trade and a resident of Creagorry in Benbecula. The old man passed the tale on to his son, John, who settled at Crinan Canal and plied his trade as a steamer skipper on the Clyde. Perhaps in order to pass the time he might have even regaled his crew with this very story. It looks as if neither of these two men were actually recorded telling this particular tale but, fortunately, many others were such as those collected in South Uist, Eigg, Tiree, and Islay during the nineteenth century. The story was still evidently in circulation for it was collected by Calum Iain Maclean and John Lorne Campbell from Duncan MacDonald of South Uist in 1947 and 1950 respectively as well as also being recorded from Alick Stewart then residing at the Muir of Ord in 1953.
Tuaireasgeul Mor.
How he was put to death or how
he went to death, was a wonder-
ful tale. I heard old men well
versed in folk-lore say that it wo[u]ld
take a good reciter seven winter long
nights from beul na hoi[dh]che dusk
to Gairm-chailleach cock-crowing
to repeat it in full. In olden times
they used to meet, heads of families
in an appointed place to hear it re-
cited. It was divide[d] into chapters
and each chapter would take a whole
night. Domhnull Ban Dughallach
Donald Macdougall a famous old
piper of the MacCrimmon school
was considered the best reciter
of his day. His son John who
left Benbecula about thirty
years ago and settled down at Crinan
Canal could recite it word for
word, but not with the same
emphasis as his father.
John is still living and one
of his sons is Skipper of one of
the Clutha steamer up & down
on the Clyde. 1895

Image: Illustration from Campbell’s Popular Tales of the West Highlands (though not of the Tuairisgeul Mòr!)
at 15:21