The Surname Livingstone or Mac an Leigh 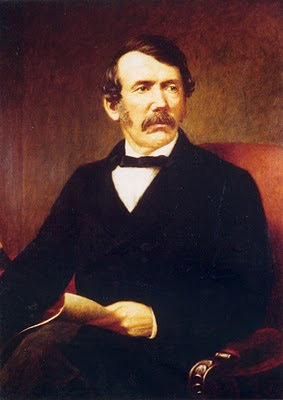 Continuing with the theme of a recent blog, another enquiry sent in by a reader elicited a response in the Celtic Review from Alexander Carmichael’s pen as follows:
REPLY Mr. Niall Campbell’s note in the October 1909 issue of the Celtic Review is interesting and informative. It seems, however, probable that the name Mac-an-leigh (Livingstone) originated in two ways, i.e. Mac an leigh, Son of the Physician, of which the equivalent is to be found in the Manx Clegg or Legge; and Mac-Dhun-sleibh corresponding to the Irish Donlevy.
The late Dr. Alexander Macbain gives much information regarding Livingstones in his papers on Gaelic Personal Names and Etymological Dictionary. It would be a most natural thing to have such a name as ‘son of the physician’ in Gaelic.
I may mention that besides Eilean an t-Sagairt in Lochanan Dubh there is Eilean an t-Sagairt in Loch Etive near Achnacloich, so that two islands of the same name are in the same neighbourhood. ALEXANDER CARMICHAEL.
It may be imagined that Carmichael had a personal interest in the matter as he wrote, rather effusively as it happens, about the Barons of Bachuil, who were indeed Livingstones. Perhaps it was modesty that prevented him from mentioning his own article in his reply and so he name-checked a better authority than he in the form of Dr Alexander MacBain (1855–1907). There can be little doubt that the most famous Livingstone is the one remembered for being a missionary and an explorer of darkest Africa. Carmichael mentions him thus in his article about the Barons:
Donald Livingstone, the son of Neil Livingstone, was in the local Fencibles of his day. During the annual drills at Oban and Stirling he made the acquaintance of his namesake and distant kinswoman, Catherine Livingstone, whose father was a farmer at Bailemore in Kerrara, opposite Oban. When his regiment was finally disbanded Donald Livingstone married Catherine Livingstone and brought her home with him to Ulva. Things, however, did not prosper in Ulva with the young people, and after a time they removed to Blantyre on the Clyde. Donald Livingstone had a son, Neil, the father of David Livingstone, whose name will live while courage, honesty, and humanity are admired among men.
References:
Carmichael, Alexander, ‘The Barons of Bachuill’, The Celtic Review, vol. V (1908–09), pp. 356–75.
Carmichael, Alexander, ‘Reply’, The Celtic Review, vol. 6, no. 23 (Jan., 1910), p. 288.
Image:
Dr David Livingstone (1813–1873). Reproduced with the permission of the Royal College of Physicians and Surgeons of Glasgow.
at 10:54