Stealing of the Milk Profit 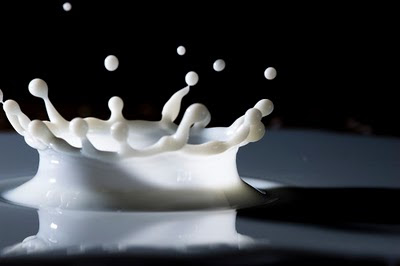 A very common migratory legend concerning witchcraft throughout the Highlands and Islands, and doubtless elsewhere, was the supernatural phenomenon whereby a neighbouring woman, usually an older woman with an uncanny reputation, steals the milk from her neighbour’s cow. There are quite a few variations of this story, such as the witch taking the form of a hare, or where the woman who has had her cattle afflicted seeks advice on how to remedy the situation and so gets her cows back to milking again. In Gaelic the phrase ‘a’ toirt an tòraidh air falbh’ is used to described what may be translated as having the sense of stealing the substance of the milk or taking the milk profit. Alexander Carmichael in one of his later notebooks wrote down such a story (probably around 1904) and, as is common with memorate-type stories, the experience is passed onto a person directly known to the narrator thus giving lie to the story’s alleged credence. Judging by the surname of the informant as well as by the the name of the house in which she resided it would be safe to assume that this story has its background in Badenoch, the cat country of the central Highlands:
Miss Macpherson Phones Villa
Morningside Edinburgh told me this
last night. My mother a woman
of great intelligence and sterling integrity
told me that shortly before she
was married she was milking
a cow in her fathers byre. Just
in the middle a beautiful cow
and a fine milker a reputed witch
passed the door of the byre and stretch
ing her head towards the cow in
side the cow door she called
out Ciamar a tha bho a bleoghan?
Is beag is f[h]eairrd thus co dhiu
orsa mise – How is the cow milking
But little is better of you
at any rate. The word was hardly
out of my mouth when the
milk suddenly stopped. Not a
drop would come although the
cow was not half milked. I patted
and patted and coaxed and coaxed
the cow and sang a [supra: soothing] milking song
to her but not a drop would come


Unusually, perhaps, a solution of getting her cow to milk again depsite her singing a milking is not forthcoming as part of the story. Nevertheless, there were such stories of counter-charms and cures aplenty that will no doubt appear in another blog.
References:
CW 178, fols. 13v–14r
Bruford, Alan, ‘Scottish Gaelic Witch Stories: A Provisional Type-List’, Scottish Studies, vol. 11 (1967), pp. 13–47
MacDonald, Donald Archie, ‘Migratory Legends of the Supernatural in Scotland: A General Survey, Béaloideas, vols., 62–63 (1994–95), pp. 29–78
Image: A Splash of Milk
at 15:43