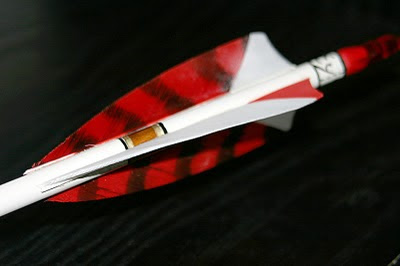 Sometimes an oblique entry, not to mention an unfinished one, noted down by Alexander Carmichael can be just as interesting, if not even more so, than a fuller account for, if nothing else, its piques curiosity. The following four lines of a story concerning Eòghan na h-Iteig (Ewen MacLean), chief of the Ardgour MacLeans is as good an example as any:
Gabhail mhath air a Chudain[nean]
The Macmasters had Air[d]gour
where Eon nan Iteag killed. The
Sionnach was the byname of the


On face value, this fragment does not make a great deal of sense. It may have been a note, an edited highlight, that Carmichael heard in the passing and which he was going to write up about later. It may also have just been all the information, a mere scrap, that the informant had. From this piece of information we have: Gabhail mhath air a' Chudainnean (The cuddies are taking well); that the MacMasters once had the upperhand in Ardgour until Eon nan Iteag (Ewen of the Feathers) had something to say about it; and then there was Sionnach (Fox) which was a nick name for somebody or another. All in all, there is not a great deal to go on from this merest of historical anecdotes. What then was going on here? Tradition relates that Ardgour had at one time been held by the MacMasters but they were dispossessed by the MacLeans. Somerled MacMillan relates the following tale:
One night Donald MacLean and a band of ruffians called at MacMaster's house, loudly demanding food, and when old MacMaster gave them a fiery rebuff they used his refusal as a pretext for murdering him. The Chief's eldest son made his escape from the house to Corran Ferry, but the ferryman named MacGurraclaich was out fishing at the time, and when young MacMaster shouted to him to come ashore and take him to the other side he received this callous reply: "Ta iad gabhail ro-mhath air na cudainnean an nochd" ("The 'cuddies' are taking too well to-night"). Young MacMaster was being hotly pursued and was forced to flee to a recess in the glen, but was soon discovered by the MacLean who murdered him on the spot. A cairn was erected over his grave and is believed to be still standing.
The story continues that MacGurraclaich was also killed by MacLean for his duplicity and disloyalty and was hung using oars used as a temporary scaffold. Now the back story to the enmity of the MacLeans against the MacMasters was due to an insult fired at the latter to MacDonald of the Isles. MacDonald is said to have sent the MacLeans as his henchmen in order to exact revenge and they would receive Ardgour in payment for their services. But the MacLean is usually ascribed to Eòghan na h-Iteig (sometimes Eòghan nan Iteag) from whom the chiefs of the Ardgour MacLeans took their patronymic Mac 'ic Eòghain. So far, so good. But what on earth is the mention of the fox doing here? Well, apparently, this is a veiled reference to the son and heir of the slain MacMaster chief. Perhaps he had the reputation of being rather wily. He is said to have sneaked off and hidden in a nearby wood. Wily or not he was eventually captured by Eòghan na h-Iteig and summarily executed and the spot on which he was buried was known as Càrn an t-Sionnaich ('The Cairn of the Fox'). It is said that the rest of the MacMasters fled across Corran Ferry to Inverlochy, where they can still be found, while their places were filled in Ardgour by the Boyds and Livingstones, who had come from Ireland with MacLean, and to this day several families of their descendants flourish in that district. So this is the traditional story of how the MacLeans tooks over Ardgour from the once powerful MacMasters.
Only one mystery remains, however, and it is why was Ewen MacLean given his nickname Eòghan na h-Iteig ('Ewen of the Feather')? One historian, dating the story back to the time of Harlaw, 1411, also states that that Ewen was the son of the redoubtable MacLean chieftain Hector MacLean, Eachann Ruadh nan Cath ('Red Hector of the Battles'), and his name arose from a time when he was fighting at Dunbarton: "after having killed his opponent, appropriated the head-covering of the dead warrior, which was ornamented by three feathers, he was dubbed by his Highland comrades Eobhan nan iteag ("Ewen of the Feathers")." Whereas the author of Clan Gillean offers an alternative folk etymology as well as a brief sketch of the chief:
Ewen of Ardgour was known as Eoghan na h-Iteige, or Ewen of the feather, an appellation which indicated that he was quick and active in his movements or like a bird flying from place to place. He was laird of Ardgour in 1587. He married a daughter of Stewart of Appin, by whom he had two sons, Allan and John. He was killed in his boat, by the Macdonalds of Keppoch […] He was slain probably about the year 1590. Allan, his elder son, became laird of Ardgour. John had a son named Allan. This Allan was the father of John Maclean, the famous Mull poet, who was known as Iain Mac Ailein Mhic Iain Mhic Eoghain.
But perhaps the best explanation for Ewen's appellation is not that he pilfered another warrior's helmet, or because he was fleet of foot, but rather that he was an expert archer.
References
CW120, fol. 97r
Somerled MacMillan, Bygone Lochaber: Historical and Traditional (Glasgow, 1971) pp. 99–101
Gary J. McMaster, 'Clan a Mhaighstir of Ardgour', The Scottish Genealogist, vol. 46, no. 2 (1999), pp. 57–70
W. Drummond Norie, Loyal Lochaber, Historical Genealogical and Traditionary (Glasgow, 1898) pp. 32–33
Alexander MacLean Sinclair, The Clan Gillean (Charlottetown, 1899) pp. 307–08
Image: Arrowhead
at 12:44