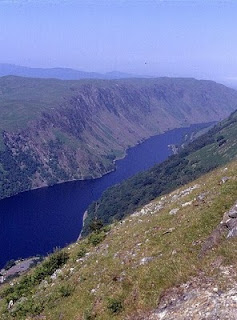 Alexander Carmichael’s manuscripts are a fount of information not just about the oral tradition of the Gàidhealtachd, but its material culture and environment as well. Here, for instance, is a note he wrote on Scottish Gaelic suimir. As Professor Angus Matheson states in the final volume of Carmina Gadelica, we clearly have here a loanword from Scots timmer, English timber. A perhaps suspiciously long and elaborate Dìon Oidhche or ‘Night Blessing’ apparently recorded from Alexander Maclean, Manal, Tiree, has the couplet ‘Eadar sùil agus suimir, / Eadar chas agus cheann’: ‘Both window and timber, / Both foot and head’. If this was indeed recorded by Carmichael himself, it would have been in late September 1887 during what appears to have been his one visit to the island.
Sumaire, in the sense of a big rough piece of wood, is used as an insult about a bagpipe chanter by Niall Mór MacMhuirich in the late sixteenth-century satire Seanchas na Pìob bho thùs. The battle Carmichael refers to is Bruce’s great victory at Brander Pass, probably in 1308. John Barbour refers to the episode in his epic The Bruce: ‘To that brig held thai fast thair way, / And till brek it can fast assay; / Bot thai that chassit, quehn thai thaim saw / Mak thair arest, but dreid or aw / Thai ruschit apon thame hardely, / And discomfit thame vtrely / And held the brig haill, quhill the king, / With all the folk of his leding, / Passit the bryg all at thair ese.’
Suimir, a pole, a rafter, as suimir taighe = house rafter called taobhair – a horizontal beam rafter on the side of a house for the support of the cabers leaning up on the side.
Leac an t-suimir – the flag rock of the suimir, the flag rock of the rafter. This is the name of a flattish rock on the bank of Ab[h]uinn Atha, the river Awe. There had been a foot bridge here in olden times. The bridge was composed of long poles long rafters spanning the river from side to side.
In the battle between Bruce and Macdougall when the latter gave way he tried to cut off the advance of the former by destroying the bridge behind him. Bruce however passed so hard upon the heels of Macdougall that Macdougall failed in accomplishing his purpose enabling Bruce to inflict severe defeat upon Macdougall.
References:
CW MS 502 fos.96–7.
Carmina Gadelica iii, 362; vi, 133.
John Barbour (ed. Walter W. Skeat), The Bruce (London, 1876), 229.
Image:
Brander Pass
at 13:16