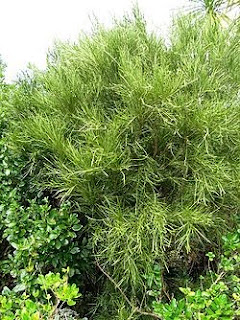 Another famous Carmichael from Lismore was Dugald Carmichael (1772-1827). He was born in Stronacraoibh and educated on the island. At a very young age he took an interest in the island’s flora and fauna which subsequently became his life-long passion. Alexander Carmichael, amongst historical notes about the Carmichaels in Lismore and Appin, gives the captain a brief biographical sketch:

Capt[ain] Dugald Carmichael was a native of Lismore.
His knowledge of Natural History in general was
very extensive. After serving for some time
as Surgeon in the 76d. Regt. he accepted a com=
=mission in the same Regiment, where the he con=
=tinued to distinguish himself until the Conclusion
of the late war (i.e. the Peninsular War). He then re=
turned to his Native Parish, & spent the remain
=der of his Life in the prosecution of his favourite
studies. He died in Appin, and was buried in the
Churchyard of Lismore.

Carmichael notes elsewhere that the original progenitor of the Lismore Carmichaels, from whom both Alexander and Dugald Carmichael were descended, was Am Baran Bàn [the Fair Baron] or Baran Taigh Sgurain [the Baron of Sgurain House] and from whom came the Bishop of Lismore, An t-Easbaig Bàn [The Fair-haired Bishop]. At any rate, Dr Dugald Carmichael was referred to as either Dùghall Bàn or an Dotar Bàn. Carmichael writes that he was known to science as the ‘Father of Marine Botany', and was the intimate friend and correspondent of Sir William Hooker (1785-1865), who called many marine plants after him. One of these plants was Carmichaeliana or New Zealand Broom which is a genus of 24 plant species belonging to Fabaceae or legume family. Further, his nephew, the accomplished Gaelic scholar, the Rev Dr Alexander Clerk of Killmallie (1813-1887), went under the name of Gilleasbaig Bàn [Archibald the Fair]. Although Duglald Carmichael successfully studied classics at the University of Glasgow his real passion lay in science and he went to the University of Edinburgh to study medicine. He then became a qualified surgeon and gained a commission as an ensign with the 72nd Highlanders which offered him the opportunity to travel to foreign climes. He was able to make pioneering botanical collections as far afield as South Africa, Mauritius, India, New Zealand as well as Tristan de Cunha. Dugald Carmichael retired to Appin and took the tenancy of Ardtur Farm at Port Appin lying opposite to Lismore where he continued his research and published his last study Mosses of Lorn. Despite not being in good health, he still managed to make his last field trip to St Kilda. At the age of fifty-five Carmichael passed away and was interred at Clachlan near St Moluag’s cathedral. Despite being relatively unknown today due to his retiring nature, his friendship with the leading botanists of his day, Sir William Hooker and Robert Brown, made sure that his scientific discoveries did not go unnoticed by Charles Darwin.