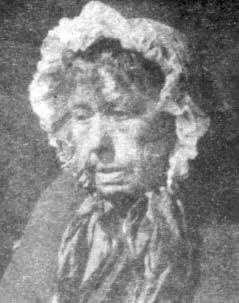 It was with the express purpose of garnering information from a tradition bearer called Effie MacCrimmon or Oighrig NicCruimein that Carmichael travelled to St Kilda. As things turned out the journey was something of a disappointment for Carmichael although he managed to get some material it was not without a struggle:
… which the writer took down … from Eibhrig Nic Cruimein, Euphemia MacCrimmon, cottar, aged eighty-four years, who had many old songs, stories, and traditions of the island. I would have got more of these had there been peace and quiet to take them down, but his was not to be had among a crowd of naval officers and seamen and St Kilda men, women and children, and, even nosier than these, St Kilda dogs, made with excitement and all barking at once. The aged reciter was much censured for her recital of these stories and poems, and the writer for causing the old woman to stir the recesses of her memory for this lore; for the people of St Kilda have not discarded songs and music, dancing, folklore, and the stories of the foolish past.
As far as is known Alexander Carmichael never returned to St Kilda and he may well have been dissuaded from the experience of this trip to try and collect more about St Kilda or from St Kildans. Nonetheless three pieces from St Kildan tradition were published as Iorram Hirteach/St Kilda Lilt, Cha B'e Sgioba na Faiche/It was no Crew of Landsmen and Òran Luathaidh Iortach/ St Kilda Waulking Song all of which had been collected from Effie MacCrimmon. Included is a wonderful piece entitled An Comhradh/The Conversation which was composed by her parents together during their courtship days, an excerpt of which is as follows:
Esan:
Is tu mo smùidein, is tu mo smeòirein,
Is mo chruit chiùil sa mhadainn bhòidhich!
Ise:
M'eudail thusa, mo lur 's mo shealgair,
Thug thu 'n dé dhomh 'n sùl 's an gearrbhall
He:
Thou art my turtle-dove, thou art my mavis,
Thou art my melodious harp in the sweet morning
She:
Thou are my treasure, my lovely one, my huntsman,
Yesterday thou gavest me the gannet and the auk.
References:
Carmina Gadelica, iv, pp. 106-15.
Image:
Euphemia MacCrimmon taken around the mid-1860s.
at 12:51