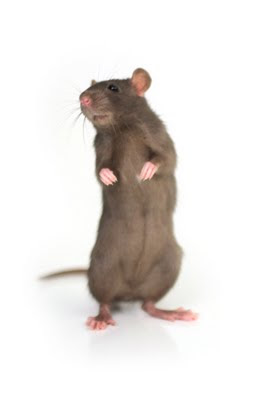 Satires against vermin such as mice and rats were once a fairly common feature of Gaelic tradition. One such satire Aoir nan Radan – which may have been familiar to Alexander Carmichael given that the composer was a farmer called Livingstone from Lismore – appears in the Rev. Alexander Stewart’s ’Twixt Ben Nevis and Glencoe (1885), pp. 3–6. Many examples could be given of this interesting genre but this one should suffice in order to give a taste of the whole. The first verse goes like this:

The minister also gives a rather ‘loose’ translation aiming to keep the rhythm of the piece rather than supplying a literal version of ‘A Rat-Expelling Incantation’:

A thousand ills befall thee, greedy rat!
Expertest thief that ever yet was born!
In barn and stack-yard, maugre trap and cat,
Sad is the state of all my stock of corn;
Nor does a handful serve thee, shameless thief,
Unblushing rogue, thou claimest the whole sheaf!

Although the following anecdote does not explicitly indicate whether a satire was used against the rats it may well be taken to be understood. Donald MacKinnon, mentioned by Carmichael, was a crofter and fisherman from Taransay itself, an isle just off the west coast of Harris:
Rats can[no]t live in Taransay, so says Don[ald] MacInnon my
guide & cont[inued] in Lews when he was much troub[led]
with these pests. He made a wish that they were
anywhere The Cail[l]each Leo[tha]sach asked
him what would he give her to send them
away for him. He pro[mised] her so much but gives
her power. She askt [asked] him if he knew of any
pl[ace] where there were no rats. He told her that
a rat was no in Tar[ansay] & that they c[ou]ld not live
there so she sent them here greatly to his
relief – not none reap[peared?]. In 2 y[ea]rs they left not a
single thing in Tar[ansay] He then entreated her
to take them fr[om] his fr[e]inds & send them else
where which she did obligingly did & not one was left here.
Two rats were taken here by some fish[er]men
& in the course of 3 days 1 & in 4 days the 2 we[re]
found dead over at Aird nan Ceall
Plenty of mice here thou[gh]