During the past few weeks the Carmichael Watson Project has begun to compile capsule biographies of the people recorded by Alexander Carmichael. These biographies represent part of a wider indexing process using the Encoded Archival Context (EAC) standard, in order to record, preserve, systematise, and make available information about the creators of the archival materials in Carmichael’s collection. We are, apparently, the first university-based project in Britain to employ EAC. Over the next few months we intend to publish various blogs based upon the life-stories of the many different people Carmichael met during his career as folklore collector. 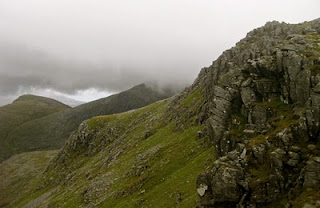 Sgeulachd Chois’ Ó Céin, or the Story of the Healing of O’Kane’s Leg, was a story celebrated throughout the Gàidhealtachd for its length and complexity. The eponymous anti-hero of this portmanteau tale had his leg broken in 24 places, and each break could only be healed by a story being told. Such a starting point offered the skilled storyteller an opportunity to relate and fuse together a whole series of well-known romances over several nights. We have several tellings of the tale of various lengths, but by far the most famous recording is the sustained 30,000-word, 142-page narration of Lachlan MacNeill, a shoemaker from Islay then living in Paisley, written down on 22 March 1871 by Hector MacLean with John Francis Campbell.
Alexander Carmichael would have been well aware of the tale’s existence: indeed, it became something of a holy grail for those involved in John Francis Campbell’s collecting project which was to come to fruition in the four volumes of Popular Tales of the West Highlands (Edinburgh: Edmonston & Douglas, 1860–2). The minister of Lismore, the Rev. Donald MacNicol, had written of Gaelic tales in his Remarks on Dr. Samuel Johnson’s Journey to the Hebrides (London: T. Cadell, 1779):
One of those, in particular, is long enough to furnish subject of amusement for several nights running. It is called Scialachd Choise Ce, or Cian O Cathan’s Tale; and though Scialachies, or tellers of tales by profession, are not now retained by our great families, as formerly, there are many still living, who can repeat it from end to end, very accurately. [p. 322]
It must have been while Carmichael was researching lore in Lochalsh and Kintail while employed as a gauger in Carbost, Skye, at the beginning of the 1860s, that he first heard of a man who was able to recite Sgeulachd Chois’ Ó Céin. The problem was, the seanchaidh was now working as a shepherd in the Isle of Harris in the Outer Hebrides.
Malcolm MacRae [Calum MacRath] was born around 1805, son of Murdo MacRae, crofter, and Barbara, née MacRae. By the 1860s he was employed as a shepherd at Abhainn Suidhe, North Harris under Alexander MacRae from Kintail. The latter, known as Fear Hùisinis from his house at Caolas Stiatar, was one of the biggest farmers in the Outer Hebrides at the time. Alexander MacRae had taken a number of fellow Tàilich or Kintail people over to Harris to work for him. Malcolm, a fellow MacRae, was probably among them.
In a letter to John Francis Campbell written on 18 October 1861 [NLS Adv. 50.2.1 fo.360], Carmichael tells how he had tried to meet Malcolm MacRae to record ‘Sgeul na Coise Cein’, probably the previous month, but all in vain: the weather was so bad he had to wait a whole week then leave Harris without seeing him. The implication is, of course, that MacRae was busy working with the sheep and lambs the entire time.
Carmichael did not give up. Barely six months after he had taken up his post with the excise in the Outer Hebrides, he returned to Harris. On the evening of Wednesday 5 July 1865 he recorded Malcolm MacRae telling ‘Sgeul Chois O Céin’. Carmichael clearly had to find MacRae at his work: he notes as an adjunct to the story:
Sgriobhte ri taobh tomain na grobain anns Bheinne-tuath anns na h-Earradh


‘Written beside a little hillock or knoll in Beinn a Tuath in Harris’: probably Mullach or Mulla fo Thuath in North Harris is the mountain he meant. It’s interesting that Carmichael took a new notebook with him to record MacRae’s story, probably to give himself as much space as possible to write down the great Sgeulachd Chois Ó Céin. In actual fact, MacRae’s version was only a truncated episode of barely 2,400 words: whether because this was all the seanchaidh knew, or because the circumstances weren’t favourable for a longer rendition, we cannot tell. Carmichael would record another, relatively short, version of the tale from the ‘fine old sgialaiche’ Patrick Smith of Leth-mheadhanach, South Uist, on 25 March 1871.
Malcolm MacRae died barely a year later, suddenly on 26 May 1866 at Ardhasaig, Isle of Harris. In a note penned over the story later, Carmichael writes that: ‘He was after taking some bread and milk when he leant back in his chair and expired’. The death certificate states ‘Disease of the Heart’. Malcolm MacRae was married to Jessie MacRae: maybe their marriage is that recorded in the parish of Strath, Skye, on 13 March 1838, between Malcolm MacRae, Dornie, and Janet MacRae, Kyleakin. They had at least one son, Alexander, who recorded his father’s death. Carmichael describes Malcolm MacRae as ‘an honest decent man’.
References: