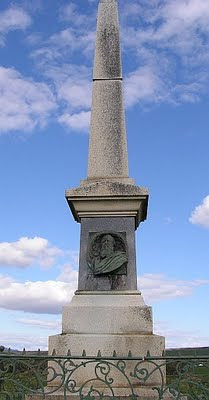 Leaving Edinburgh on 31 May 1887, Carmichael made his way to Greenock to catch the ferry over to Islay. On the steamer he met Lord Lorne (Lord Archibald Campbell) and found him to be ‘pleasant & friendly’. Carmichael had been invited to the unveiling of a memorial to commemorate John Francis Campbell of Islay, or Iain Òg Ìle, who had passed away in Cannes some two years previously at the age of sixty-four. With characteristic modesty Carmichael wrote: ‘The inauguration of the monument to Iain Og Ile went off yesterday most splendidly. Great concourses of people. Fine dinner handsomely done and good speaking afterwards except by myself. Mine – Celtic Literature – was a bungled affair.’ The other speakers at this event were Lord Lorne, Hector Maclean and a Captain Campbell.
Since volunteering to work on a project that would later see the light of day as Popular Tales of the West Highlands (1860–62), Carmichael had known the late John Francis Campbell for over twenty years.
A subscription by the Islay association raised £300 (worth around £158500 in 2009) and a D. Haggart, a Glasgow sculptor, was commissioned to design the memorial in the form of an obelisk.
On that day the monument was inaugurated on the summit of Cnoc na Dàl, near to Islay House, in Bridgend. Two inscriptions, one in English and the other in Gaelic read:

Young John of Islay, a true Gael, a real gentleman, and a gifted scholar, who won honour and fame in very clime. Although he did not inherit the estate of his forefathers, he inherited the love of Islaymen, and his memory will be long-lasting among the Gaels.
“With gladness let the cairn be raised,
No tears upon its stone will fall
For happy is the brave now gone,
Whose virtues shine through Death’s dark pall.”
A fitting memorial and dedication for a man who loomed so large not only in Carmichael’s career but also in those of many others.