A perfume of fragrant peat emanating from every page 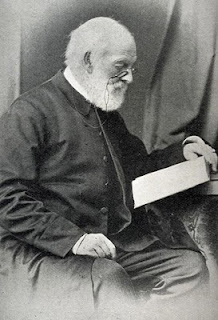 One of the most exciting developments for scholars and academics in recent years is the ever-increasing number of out of copyright books being digitised and put online. This allows people worldwide not just to access often obscure texts, but to examine and compare individual copies. Staff at the National Library of Scotland have done a magnificent job making available much of their Gaelic material online at archive.org, including the collection of one of Carmichael’s most influential mentors John Francis Campbell (1821–1885). Campbell was an inveterate – and in the privacy of his own library often somewhat irascible – annotator of books, and his marginalia offer precious, and occasionally amusing, insights into the life and opinions of one of the key figures in the history of Gaelic folklore collecting.

Among Campbell’s volumes is a rather tatty copy of the Gaelic poetry anthology Sean Dàin agus Òrain Ghàidhealach (Perth, 1786), known as the Gillies Collection after its publisher John Gillies. This is clearly the copy Campbell refers to in the fourth volume of the Popular Tales of the West Highlands, where he uses it to estimate how popular the heroic Fenian ballads contained in it had been with its many readers:

On procuring a very dirty, torn, thumbed copy from Glasgow, with many names scribbled over it, and a perfume of fragrant peat emanating from every page, I set myself to consider whether dirt might not be an index to the modern reader’s taste; and by sight and smell it soon appeared that the heroic age had passed from the Firth of Clyde, where I had found none of the old poems.

Contemporary popular songs in the book, Campbell finds, are ‘nearly worn out’, ‘fairly torn to shreds’ with reading and re-reading; the heroic pieces, on the other hand, languish ‘nearly clean’, ‘nearly white’.

The copy is also of interest to us because of the young man to whom Campbell lent it. A note on the flyleaf explains the tale:

This copy was got from me by Archibald Sinclair an Islay man, Printer in Glasgow. It was so battered that I got it mended by a binder in Kensington. I lent it to Alexander Carmichael one of the Collectors of Popular Tales of the West Highlands, who took it with him to Uist; where I had asked him to collect stories. He lent it to Mr Clerk of Kilmallie who in 1870 published a new edition of Ossian at the expense of Lord Bute. Hearing of my book I wrote for it, and got it back this day, after no end of correspondence with Carmichael, Clerk, Murdoch &c, in Uist, Inverness, Kilmallie &c.

It is tempting to surmise that it is to the Gillies Collection that Carmichael is referring in an artless admission he makes in a letter written on 6 January 1869 to Clerk concerning a transcription of the poem Laoidh Chlann Uisne taken down from Donald MacPhee, the smith in Breubhaig, Barra, on 15 March 1867:

In transcribing this poem I did so as much as I could from memory without looking at my Sgialac book more than I could avoid being in a hurry at the time. It is therefore possible I may in some instances have inserted the words of the printed book.

Laoidh Chlann Uisne appears on pp. 260–7 of the Gillies Collection.

Image: Rev. Archibald Clerk of Kilmallie (1813–1887), who frequently referred to Campbell’s copy of the Gillies Collection in his edition of The Poems of Ossian (2 vols, Edinburgh: Blackwood & Sons, 1870).


References: Campbell’s copy of the Gillies collection is referenced as NLS Campbell 2.e.21, online at www.archive.org/details/seandainagusorai03gill