Cornwall and the Cornish 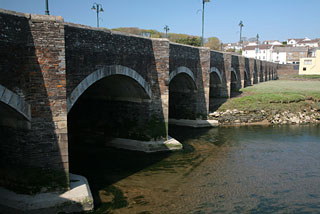 Going to the most south-western tip of England was a prospect that Alexander Carmichael wrote about with some amount of relish. It was a post that could afford him the opportunity to explore a different but not too unfamiliar area of folklore. His romantic persona shines through his brief note of his impending transfer to Cornwall:


What Carmichael did at Wadebridge in Cornwall, other than attend to his duties as an exciseman, remains rather unclear for it seems he collected next to nothing nor does it seem that he ever realised his ambition of learning the Cornish language, something that he had shown so much enthusiasm for before he set out. The two years spent in Cornwall may not have been fruitful but it did allow Carmichael to ‘enjoy’ a distance from his own native culture and from his activity of collecting folklore which allowed him to gain a better perspective for his return north in 1864.