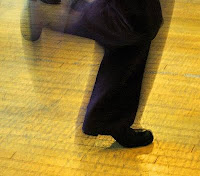 There can be little doubt that Ewen MacLachlan has left his mark upon Gaelic oral tradition, particularly of South Uist. When Calum Maclean (1915–1960) was collecting in the Southern Hebrides his name was mentioned more than a few times especially if the topic of dancing was raised. Many of the numerous tales recorded by Maclean from that great storyteller of the twentieth century, Angus Barrach MacMillan (1874–1954), can be traced to Ewen MacLachlan:

In Angus’s family there had been a tradition of story-telling. His father, Calum MacMillan, who died in 1917, was in his day a noted story-teller. Angus maintains that he does not have even a third of the tales his father had. About the year 1850 there arrived in South Uist an itinerant dancing-master named Ewen MacLachlan. He was also a noted story-teller. In South Uist he met Calum MacMillan. When MacLachlan decided to go to Benbecula and hold a dancing-school there, he went to live in MacMillan’s house. Such a guest as an itinerant dancing-master, who as well had a large repertoire of tales, would have been welcome in any house in the Hebrides. In that little house in Griminish, Calum MacMillan learned most of the tales he knew and later passed on to his son. MacLachlan stayed with MacMillan for the greater part of a winter, and in the evenings on his return from the dancing classes told tales well into the night.

So far, so good. But there are many contradictions regarding MacLachalan. He died in 1879 of ‘natural decay’ in Daliburgh, South Uist, aged 80, and where he is described as a dance master and single, which means that he was born around 1799. His father’s name is given as Angus MacLachlan but no mention is made of his mother. Presumably the informant, Neil MacCormick in this instance, simply didn’t know the name of MacLachlan’s mother. And it may well be asked did MacLachlan know himself? But according to another source, MacLachlan was called mac Iseabail Reitealain (son of Isabella of R(h)etland), Retland being a place in South Morar, and, of course, part of the Clanranald territories. Matronymic names in Gaelic society usually indicate illegitimacy but MacLachlan’s death certificate contradicts this. To add further to the mystery, the census returns of 1841 and 1851, indicates that Ewen MacLachan was born in Greenock, Renfrewshire. Could it be then that MacLachlan was born in Greenock, from Highland parents, namely Angus MacLachlan and Isabella (probably a MacDonald) and was perhaps brought up in South Morar? In South Uist and Barra tradition, MacLachlan is referred to as Eòghan na Làimh Bige (‘Ewen of the Shrivelled Hand’) or An Dannsair Ciotach (‘The Stumpy Dancer’) indicating that he had a deformity. It is also related, according to oral tradition, that he travelled to the Continent in order to study for the priesthood but either due to his illegitimacy or his deformity he was barred from ordination. Whether there is a grain of truth to this tradition or not, MacLachlan, like his near contemporary Ruaraidh Ruadh MacCuithein ('Red-haired Roderick MacQueen), was a catechist.

Given that Alexander Carmichael was assiduously collecting oral traditions all around the Uists and that MacLachlan had a reputation of being a good storyteller then why is it that there seems to be no mention of him amongst Carmichael’s papers? It is inconceivable that they did not hear about one another, or, indeed, that they did not meet. Maybe the answer lies in the fact that they did meet but simply did not get on well. Or was MacLachlan just too suspicious of Carmichael because he was an exciseman? It is perhaps doubtful that a definitive answer can ever be reached but other sources elsewhere might flesh out MacLachlan’s career and help to clear up some of the mystery that surrounds such an intriguing character.