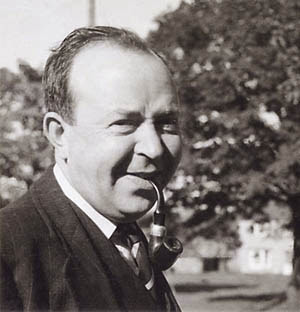 Fifty years ago Calum Iain Maclean passed away on his adopted isle of South Uist. Over a decade of amassing oral traditions of every type and variety from the people of this island allowed Maclean an insight into Southern Hebridean life and culture afforded to only a few so-called ‘outsiders’, and far more important than that, he also developed a great respect and love for the Uibhistich. Typical of his rather reticent character, Maclean would never take a great deal of credit for the achievement of his work to preserve the fast-dying Gaelic oral traditions of the Southern Hebrides. But such recognition duly came his way with the award of a posthumous degree of LL.D. from the St Francis Xavier University in Nova Scotia. Maclean, of course, knew that he had been following a fairly well-trodden path when he wrote the following in 1956 about Alexander Carmichael:
Another collector arrived in the Hebrides about the year 1865. He was Alexander Carmichael (1832–1912), a Customs and Excise officer. Carmichael’s work brought him in touch with hundreds of tradition-bearers. He resided permanently in the Hebrides until 1882, and continued his visits there for almost a space of thirty years. He was especially interested in charms, incantations and prayers, of which four volumes, entitled Carmina Gadelica have been published and a fifth volume is in preparation. Carmichael, however, noted down much valuable information about beliefs and festival customs, grazing and tillage customs, agricultural methods, field monuments, legends and tales, and left many notes about story-tellers and tradition-bearers of the last half of the century. In the Hebrides Carmichael and John Francis Campbell met and together visited some of the noted story-tellers. Carmichael has much to say of the practice of story-telling at the ‘ceilidh’. He refers to scores of story-tellers in the Hebrides and on the Scottish mainland. In many cases he speaks of tradition-bearers, ‘whose lore would have filled volumes, but it died with them’.
In a later newspaper article, Maclean again name-checks Carmichael with regard to Alasdair Mòr MacIntyre (c. 1831–1914) who is said to have been recorded by him But there has been, so far, no record of Carmichael having recorded from this famed tradition-bearer; and, even if he did, then it seems that the record is no longer extant. It might, of course, be somewhere in Carmichael’s collection and at some point such a record might well see the light of day. Either way, the amusing anecdote which follows reflects the value of swapping stories in good company in preference to the monotonous grind of manual labour; a triumph of a spiritual rather than a secular exchange of goods, which, it may be assumed, was more to the benefit of the older men rather than the hapless lads who had been placed in a rather delicate predicament.


As has been stated already, the sense of non-utilitarian values is very strong. That has not changed much for generations, as Donald MacIntyre of Loch Eynort, a great storyteller and the son of an even greater one, the late Alasdair Mor MacIntyre illustrates.
Alasdair MacIntyre was a shepherd and lived in a remote place to the east side of Ben More. It was from him that old Angus MacLellan of Frobost learned most of his tales, and old Alasdair used to walk from the back of Ben More to Ormiclate to record tales for the late Dr. Alasdair Carmichael over 70 years ago. Carmichael was immensely proud of one tale he recorded and Donald himself recorded the selfsame tale a fortnight ago.
It is the international tale about the Clever Peasant Girl. No. 94 in the Grimm Collection. It took about an hour to relate, but Donald MacIntyre maintained that in the telling he had nothing like his father’s mastery of ornate, artistic language.
Old Alasdair and Angus MacLellan’s father, Aonghas mac Eachainn, were close friends. One day Alasdair Mor called at the MacLellan home on his way to Lochboisdale. “No one went to bed in their house that night. They all remained by the fire as the two old men went on storytelling,” said Donald.
“Next day old Angus and two or three of the boys went down to Loch Eynort to gather seaweed. They brought Alasdair Mor with them, as it would shorten his way, and they put in at a place where there was a track that would bring him home. Aonghus mac Eachainn got out of the boat also and accompanied Alasdair to see him safely on the track. The two old men sat down on a hillock and began storytelling, while the boys kept the boat afloat on the ebbing tide. The boys continued keeping the boat afloat for a very long time and soon twilight was upon them.
“Go up,” said on of the boys to another, “and separate those two devils or the boat will soon be high and dry.” One of the boys went up and the two old men parted. When Aonghas mac Eachainn came down to the shore, the boys remonstrated with him for having wasted the day and for not having cut any seaweed. Old Aonghus mac Eachainn looked up at the sky: “It will be a fine day tomorrow. We will get plenty seaweed tomorrow.”
References:
Maclean, Calum I. 1956. ‘Hebridean Traditions’, Gwerin: Journal of Folk life, vol. 1, no. 1: pp. 21–33.
———. 12/08/1959. ‘Uist Keeps Its Own Sense of Values’, The Scotsman: p. 6
Image: Calum Iain Maclean.
at 14:20