The Year of the Yellow/Black Snow 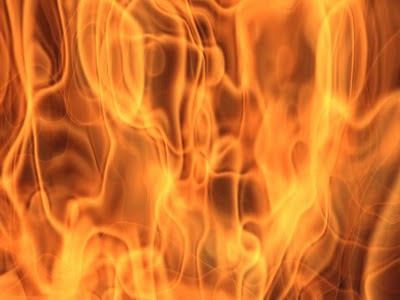 As Scotland recovers for one of the coldest snaps on record, it may not be inappropriate to remind ourselves that our climate has produced winters that would appear to have lasted even longer and were probably as cold if not far colder. One such year (1829) is remembered in the Highlands and Islands as either Bliadhna na Sneachd Bhuidhe (‘The Year of the Yellow Snow’) or Bliadhna na Sneachd Dhuibh (‘The Year of the Black Snow’) due to the discoloration of the snow as it lay so long on the ground. Alexander Carmichael picked up a story concerning this period from Iain Mòr a’ Chuirig (John MacPhail (c. 1799–1874) from Middlequarter, North Uist). It is said that the winter lasted so long that all the cattle died expect for one and so the population resorted to the teine-èiginn [need-fire] that is, ‘forced’ or friction fire in order to neutralise effects of evil through enchantment (or, in this case, disease) by relighting all the fires from a sacred source after all the other local fires had been extinguished.
“Bliadhna an t Sneac[hd] dhuibh” – Bliadhna an t Sneac[hd]
bhuidhe. The snow lay so long on the ground
that it became black – some say yellow and
lasted till summer. It is said that all
the cows in N[orth] Uist died except one red cow
belonging to an old woman at Biorr-
abhal. This was such a calamity that all
the fires in the island were extinguished and the
tein-eigin produced from the Sail-dharaich.
A bit of the sail-dharaich from which the
tein-eigin was produced is still at Cladh
Sgealoir and is used as a grave-stone by
a tribe called Clann ’ic Illeriabhaich, at Middle
Quarter. It contains auger marks – the fire
being produced by the auger and by “naoin naoiniar
ciad ginealach mhac”. So Iain Mor a chuirig
told me.


The customary time of year for the tein-èigin to be performed was at Beltane or May Day, Latha Buidhe Bealtainn, when cattle were driven between two bonfires. Martin Martin in his A Description of the Western Islands of Scotland c. 1695 says this of the custom: ‘The inhabitants here [North Uist] did also make use of a fire called tin-egin, i.e., a forced fire, or fire of necessity, which they used as an antidote against the plague or murrain in cattle; and it was preformed thus: all the fires in the parish were extinguished, and then eighty-one married men … took two great planks of wood, and nine of them were employed by turns, who by their repeated efforts rubbed one of the planks against the other until they heat thereof produced fire; and from this forced fire each family is supplied with new fire, which his no sooner kindled than a pot full of water is quickly set on it, and afterwards sprinkled upon the people infected with the plague, or upon the cattle that have the murrain. And this they all say they find successful by experience.’ There are some striking resemblances between Martin and Carmichael’s narrative including the number eighty-one: “naoin naoiniar ciad ginealach mhac” – the nine nines of first-begotten sons, which is probably a reference to a sacred number. Carmichael goes on to explain that: ‘‘Sail Dharaich,’ Oak Log, obtained its name from the log of oak for the neid-fire being there. A fragment of this log riddled with auger holes marks a grave in ‘Cladh Sgealoir,’ the burying-ground of ‘Sgealoir,’ in the neighbourhood.’ Clearly Martin and Carmichael’s informant are speaking about similar rituals and perhaps both of them took place in Sollas, North Uist, but it is not possible to say this with any degree of certitude. Elsewhere, Carmichael writes that ‘neid fire was made in North Uist about the year 1829, in Arran about 1820, in Helmsdale about 1818, and in Reay about 1830.’
References:
CW 87, fol. 23r
Alexander Carmichael, Carmina Gadelica, ii, pp. 340–41.
Thomas Davidson, ‘The Needfire Ritual’, Antiquity, 23(105), pp. 132–36.
Martin Martin, A Description of the Western Islands of Scotland c. 1695 (Edinburgh: Birlinn, 1994), p. 175.
Image: Close-up of fire
at 13:05