“Reciters are the most egotistical set I have ever met” 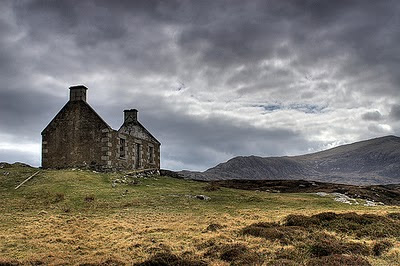 In a rare and fascinating piece recorded on 24 April 1866 by Alexander Carmichael from Hector MacIsaac, or Eachann mac Ruaraidh (c. 1797–1878), a joiner by trade who hailed from Carnan, Iochdar, South Uist, we glimpse the thoughts of a tradition bearer revealing what he actually believed about the tales he possessed and what he thought of other tradition bearers. Such opinions would have been the topic of conversation before Carmichael wrote down the main object of his quarry – songs, charms, tales, proverbs, etc. – and so were not often recorded. It is noteworthy that Carmichael opined that: ‘Reciters are the most egotistical set I have ever met’ for, he continues, they say that they are the best and every other tradition bearer is inferior to them. Perhaps Carmichael might be a tad guilty of tarring others with the same brush here but there is no doubt that some, if not many, tradition bearers could be jealous of another’s repertoire and their ability as storytellers. At the very least this shows a human side to the art of storytelling. Such was the impact of Hector MacIsaac on Carmichael that he was moved to write about him in his introduction to Carmina Gadelica:
Hector Macisaac and his wife were the only occupants, their daughter being at service trying to prolong existence in her parents. Both had been highly endowed physically, and were still endowed mentally, though now advanced in years. The wife knew many secular runes, sacred hymns, and fairy songs; while the husband had numerous heroic tales, poems, and ballads.
I had visited these people before, and in September 1871 lain F. Campbell of Islay and I went to see them. Hector Macisaac, the unlettered cottar who knew no language but his own, who came into contact with no one but those of his own class, his neighbours of the peat-bog, and who had never been out of his native island, was as polite and well-mannered and courteous as Iain Campbell, the learned barrister, the world-wide traveller, and the honoured guest of every court in Europe. Both were at ease and at home with one another, there being neither servility on the one side nor condescension on the other.
The stories and poems which Hector Macisaac went over during our visits to him would have filled several volumes. Mr Campbell now and then put a leading question which brought out the storyteller’s marvellous memory and extensive knowledge of folklore.
Also notable is a name that has been mentioned before in this blog. Ruaraidh Ruadh, or the Red-haired Catechist (c. 1750–c. 1830), who had a major impact on the oral tradition of Uist as can be seen from the last passage.
Hector MacIosag despises mythological
tales and says they are great rubbish in which
I fear many men of greater pretention [sic]
will concur. But of the Fingalians
tales he declares them to be worthy [of] the
attention of princes – that they are the
most elegant excellent and delightful
tales that man could listen to. He
says that he heard tales read as repeated
by persons whom he knows and that
the tales were so garbled and mangled
that he hung down his head and
closed his ears for very shame. He
declares that When [he] is done planting
his potatoes he will travel over the
F[ord]– a dis[tance] of about 26 m[iles]. – to give me
a proper opp[ortunity] of taking down every word
he has before he dies. He says he he [sic] [has]
neither son nor dau[ghter] except one
little girl to whom he can leave his
legacy of prose and poetry. And as
he likes me better than any other
person in the world he is desirous
I should become poss[essor] of this invaluable
legacy. Ind[eed] he considers it an imper[tinence]
that his young daug[hter] does not exhibit
a wish to become poss[essor] of these tales of
the Fein[n]e in prose and poetry. He dec[lares]
that there is no man from the Butt of
Lewis to Barra Head – 200 m[iles] – who has
the history of the Fing[alians] so well as he. Re[citers]
are the most egotistical set I have
ever met. Each thinks himself much
better than his neigh[bour] in reciting. Each
declares that other re[citers] are only garbling
the tales. Ruarai Ruadh from whom
E[achann] MacIosaig learnt his tales died a-
bout 40 y[ears] ago – about 80 years of age.
A gentleman came from Edin[burgh] to take
down from him. He remained several weeks
from writing from his dictation.
For excelling so much in this L[ord] MacDon[ald]
generously gave him a house and piece
of land free of rent and this he enjoyed
while he lived. Proba[bly] he was the last Ga[elic?]
reciter who enjoyed free lands for his an[cient]
lore. He was a catechist and used to go
about catechising but in the reality
his audiences were more partial to his
old lore than to better talk. And truth to say
we believe the old man took more delight
in reciting and expounding the Fing[alian]
tales and poems than those of the Bible.